We are temporarily closed until the 20th May; for personal reasons.

Any orders arriving between now and then will be shipped on the 23th May.

Apologies for any inconvenience caused. 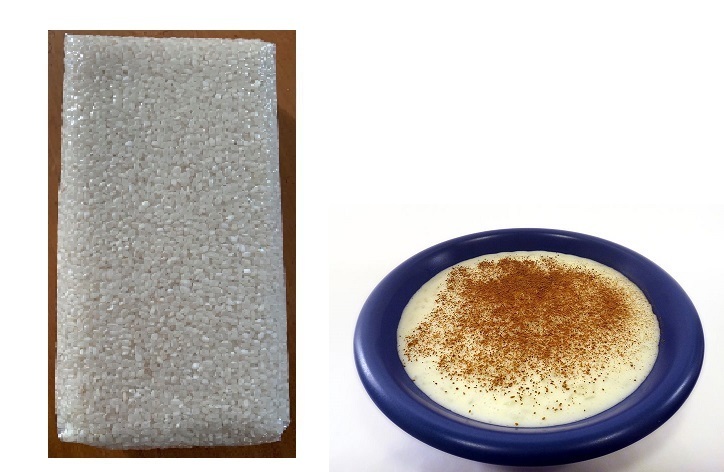 In the Nordic countries, rice porridge is a common breakfast, and sometimes dinner. It is made as a warm dish from rice cooked in milk. When served, it is commonly sprinkled with cinnamon and sugar and served with milk. In Iceland, it is sometimes served with cold slátur (English: Slaughter, a type of blood sausage, see þorramatur). In different languages it is called risengrød (Danish, eaten at winter for dinner), risengrynsgrøt (Norwegian), risgrynsgröt (Swedish), riisipuuro (Finnish), Grjónagrautur (Icelandic), hrísgrjónagrautur (Icelandic), and rísgreytur (Faroese).

In Scandinavia, rice porridge has long Christmas traditions. It sometimes goes by the names julegröt/julegrøt/julegrød (Yule porridge), or tomtegröt/nissegrød ). The latter name is due to the old tradition of sharing the meal with the guardian of the homestead, called tomte or nisse (see also blót).

A particular Christmas tradition that is often associated with eating rice pudding or porridge is hiding a whole almond in the porridge. Not everyone does that. In Sweden and Finland, popular belief has it that the one who eats the almond will be in luck the following year. In Norway, Denmark, Iceland and the Faroe Islands, the one who finds it will get the almond present as a prize. In Denmark, Norway and the Faroe Islands, the almond tradition is usually done with Ris a la mande served as dessert at Julefrokost (Christmas lunch) or on Christmas Eve. In Sweden and Finland, it is more commonly done with a rice porridge dinner, sometimes a few days before Christmas Eve, but the tradition is not followed by everybody.

We are temporarily closed until the 20th May; for personal reasons.

Any orders arriving between now and then will be shipped on the 23th May.

Apologies for any inconvenience caused.