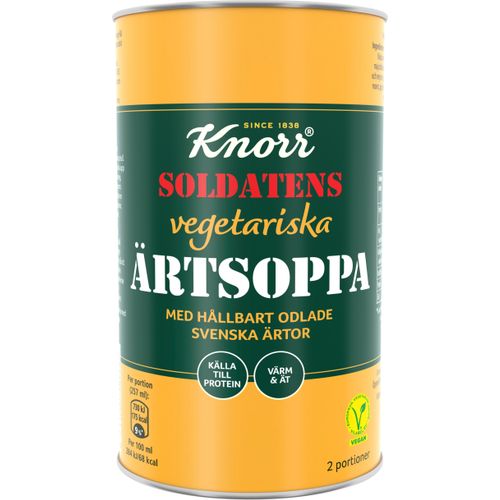 In Sweden and Finland it is traditional to eat pea soup on Thursdays, served with pork and mustard and pancakes for dessert, in Sweden accompanied by Swedish punsch as beverage.
The tradition of eating pea soup and pancakes on Thursdays is said to originate in the pre-Reformation era,
as preparation for fasting on Friday.

Scandinavian pea soup is usually eaten with some mustard (but the soup is served without it so that diners can stir it in to taste)often accompanied by crisp bread and often with the sweet liquor punsch (served hot).
The soup is then normally followed by pancakes with jam (strawberry, raspberry, blueberry, cloudberry or similar) which are regarded more as part of the meal than as a dessert.

Pea soup with pancakes is, with few exceptions, served (either for lunch or dinner) every Thursday in the Swedish Armed Forces and the Finnish Defense Forces – a tradition dating back to World War II.